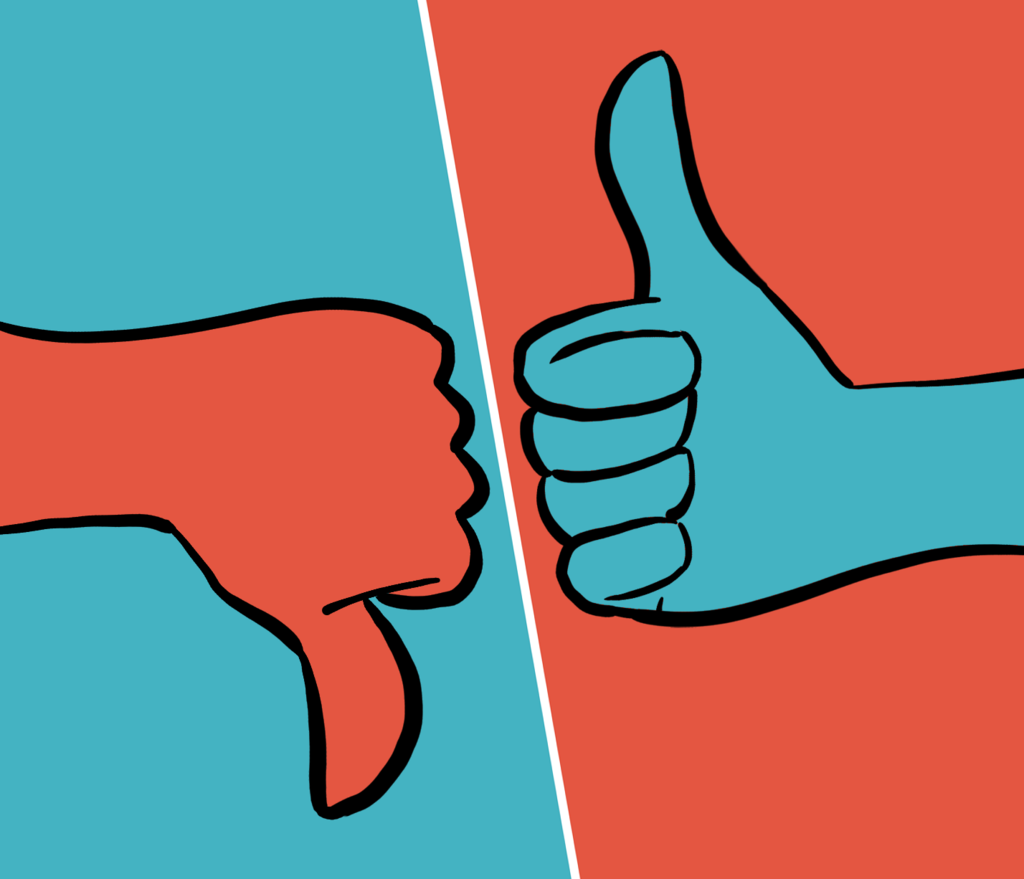 Checking in with people and holding them accountable is not always easy, and besides, who wants to be the bearer of bad news? Not many people! Amy Jen Su offers some suggestions in getting over your fear of conflict including the importance of having these conversations in the first place.

I wrote this blog as a way to make the feedback experience less difficult for the person giving the negative feedback (sender) but also less threatening for the receiver of the feedback (recipient). From the recipient’s viewpoint, perceived threats are indeed real. It is important to remember that when someone feels threatened (such as when they are receiving negative feedback), they may start to get defensive, and feel angry. When they feel like this, any chance of solving the issue or making things better is highly unlikely to happen. There has to be a better way!

A new way to give hard feedback

This process takes these perceived threats into account. It sets the situation up for success, by removing any potential threats and allowing both parties to participate in a potentially powerful way. At the same time, it deals with the actual situation at hand (such as not completing a task on time, or in the correct manner).

Preparation ahead is really important. Judy Ringer outlines 7 great questions to ask yourself to prepare for a difficult conversation including ensuring the best intent for the conversation. 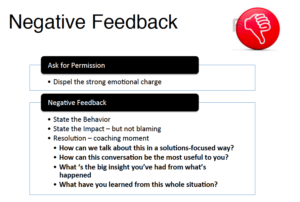 Start the feedback process by dispelling any threats and checking in to ensure that this is a good time to talk. Next, offer some reassurance that their job is not in jeopardy.  Now that you have minimized any possible threat response, you are more likely to have a productive and positive conversation.

The next step is holding them accountable by telling them what you have observed, followed by the impact of this in the following step (without blaming).

Using observations rather than labels is crucial here. Using Amy Jen Su’s example of the direct report, she states that he’s likely to be defensive if you say, “I need to talk to you about how negatively you come off in staff meetings.” Instead, she suggests talking about what you observed: “I noticed in the last two staff meetings that when the COO got to the topic of the change initiatives, your body language changed and you reacted quite strongly.

State the Impact – but not blaming

To describe the impact of this behaviour, you could say “staff meetings are becoming very negative, and you are positioning change in a negative light.”

Finally, the most empowering part is the opportunity to resolve the problem. The resolution is a coaching moment, where you ask questions and together brainstorm possibilities for the future. This can be at a high level (macro), or detailed level (micro). Of course, it is best to keep it more macro, to ensure that you leave the how (the details) up to them for increased autonomy and ownership.

The Feedback process involves helping the individual to think!

David Rock coined the term ‘Neuroleadership.’ In his book ‘Quiet Leadership,’ he says that people are paid to think.

When you drain their ideas, you can ask for permission yours.

Working with Amy Jen Su’s earlier example, we could ask any of the following questions:

What is happening for you in these meetings, when the COO mentions these change initiatives?

What do you think of these change initiatives?

How can we move forward with this in a different direction?

How would you like to present yourself in meetings?

What could you do differently in meetings?

What have you learned from this situation?

Benefits of this Approach:

She works with newly appointed and established leaders who want to “up their game” and bring their teams to the next level.